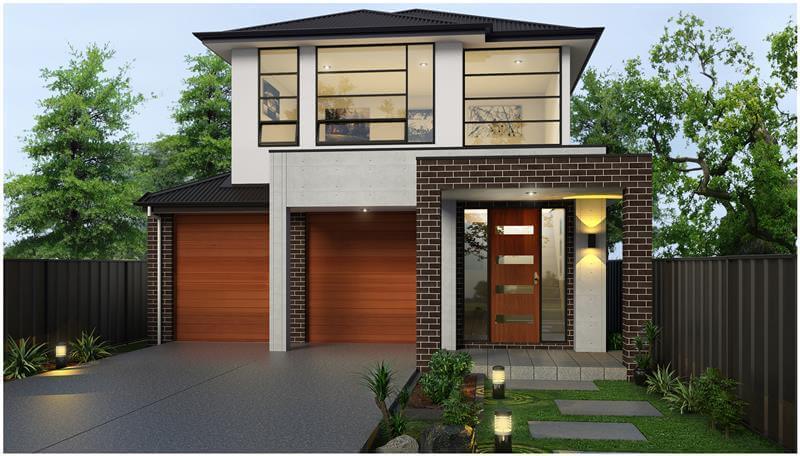 ONE STOREY OR TWO? MAKING A HOME BUILDING CHOICE THAT’S RIGHT FOR YOU.

Building two storeys or one? The type of home you build depends on a surprising number of factors, although it’s often just one of these that will kick off the debate in the first place. In Australia, scarcity of land, small and unusually shaped blocks can be the catalyst that starts the conversation, but there’s much more to it than just the type of block that’s available. Let’s take a look at a handful of the big issues that need to be pondered prior to making a choice.

The value of solitude…and togetherness.

Building; for some families it’s all about their love for their own private spaces and for those who need to find a quiet place, it’s hard to beat a two-storey home. With bedrooms and perhaps a rumpus area upstairs, the children can have their own retreat and maybe make a bit of noise. Meanwhile, the downstairs area is often reserved for the type of quieter living that parents often enjoy.

Of course, some families see life differently and love that all together’ feeling that comes with a single storey home and its open, flowing living areas.

An open plan on one floor can make keeping an eye on the kids or just calling them for meals easier. For those families that love the bustling energy of having everyone together in the same space, a single level simply works.

An overall decrease in the size of an average building block in Australia is driving more families to build two storey homes. For families working with smaller blocks this typically represents a win, because although there can sometimes be additional costs involved in building a two-storey home, these are almost always balanced out by the savings made on a smaller, less expensive block.

If block size isn’t a problem, a single storey design can really shine, and tends to be a slightly more straightforward build.

To make the comparison at its most basic level, a single storey home often costs slightly less to build, but requires a bigger block of land, which adds expense. A two-storey build often costs slightly more to construct but can usually fit on a smaller, cheaper block. For most home builders, the decision on which way to go will be driven by the block of land in question, but a good conversation with your builder will help you to make the most informed choice possible.

There are some areas where you might not even be aware that there’s a view…unless you live in a two-storey home. Likewise, there are some neighbourhoods where the view on offer is mostly just backyards, and you might prefer the privacy of a single storey design.

In cases where ‘building up’ will help you take advantage of city skylines, ocean views or rolling hills, there’s a strong argument for a two-storey design. Just be aware of aspect in relation to the path of the sun, and also know that if your new home is one of very few two-storey houses in the area, you’ll need to speak with your local council regarding privacy and overshadowing. Context is key here. Think about the built environment around your block, and then speak with your local council and your builder for guidance and advice.

Going up can be a matter of building space.

Does cleaning and maintaining a two-storey home mean more work? Perhaps it does, but there are plenty of families who’ll argue that this is well and truly balanced out by benefits such as having private areas to retreat to for quiet time.

Similarly, many families who won’t compromise on backyard space, but are working with a smaller block, are ready to embrace a two-storey design in order to enjoy the best of both worlds.

Big blocks are becoming far less common and far more expensive in Australia. Those who manage to score a spacious plot of land at the right price, a ramble single level home remains a reality. For those faced with a smaller block, a two-storey home represents a compelling argument in space efficiency without significant compromises.

Building in visual appeal and the ‘wow factor’.

In those rare cases where block size isn’t a consideration and the local council has no concerns with either design, the choice of one storey or two becomes a luxury of personal preference. For some, this means a sprawling single-storey villa with high ceilings and enormous living spaces. For others, it will be all about imposing frontages and big balconies. There’s a lot to like in either option, and a good builder will have the experience and flexibility to allow you to stretch out and incorporate all the features you’re after in a dream home on any level.

The face of homes in Australia is rapidly changing. Where long ago ‘quarter acre’ blocks were the norm and two-storey homes were a rarity, nowadays, it’s common to drive through whole suburbs where town homes and other two-storey designs dominate the streetscape. Yes, this has been driven in part by the shrinking size of the average building block, but there are advantages to two-storey designs beyond their ability to squeeze onto modest plots. If you’re yet to buy a block, or possibly faced with a ‘knock-down, rebuild’ situation, talk to an experienced builder for the guidance you need towards making the best choice. The decision you make will be driven in part by available space, but there’s much more to it than simply squeezing all the home you can onto the land you have.

Have a quick question about
building a new home?

We'll get back to you within 3 business hours.

Please provide your details so that we can contact you